The all-new Range Rover Evoque was unveiled earlier this year, and over the last week, Land Rover has been taking their new luxury SUV on tour all around the UK. We went along to the Trafford Centre in Manchester to take a look.

The Second generation of Land Rovers most popular small SUV has received a whole new platform, an unmistakable yet modern new look and a breadth of new technology, including mild hybrid technology to improve efficiency and match the offerings from the rest of the Land Rover range.

The first thing we noticed when viewing the new Evoque for the first time was how the second generation is still easily identifiable as Land Rovers small SUV, the Evoque. It’s received a whole new exterior and the only element carried over is the door hinges. Key elements, such as the bulging wheel arch cutting into the bonnet line and the narrowing of the glass as it reaches the ultra-slim rear window have been retained. But the side profile is now less cluttered and the new flush door handles, like those found on the Velar, give the Evoque a more sophisticated appearance.

Up front, slimline LED headlights with the Land Rover signature design make the Evoque easy to spot in the dark. Scrolling LED indicators are now standard all around, and at the rear, the new LED tail-lights and redesigned bumper give the back end a fresh and modern look.

The new interior has taken a step up in quality since the last generation, lifting styling influence from the current Velar. The top spec Evoque SE gets quilted leather seats, leather dashboard and leather door trim, while the entry-level Evoque receive a Eucalyptus textile that’s production is less harmful to the environment than more conventional fabrics.

There is a choice of infotainment systems. The standard option is a 10-inch centre screen with Bluetooth Connectivity, you’ll need to step up to the Evoque S to get integrated Sat-Nav along with Apple CarPlay and Android Auto included in the infotainment. The Evoque S also has the ability to create its own WiFi hotspot. The top-of-the-range Evoque will have the Pro Duo Infotainment system fitted. This comes with two 10-inch screens stacked on top of one another in combination with a new digital drivers display in place of the old analogue dials behind the steering wheel.

New innovative driver aid technology includes Clearsight. This turns your rearview mirror into a monitor that beams back images from a rear-mounted camera. It means that even if you boot is full to the roof and blocking your mirror, you can still get a clear view of the road behind the car.​

Finally, there is Smart Settings Technology – another first for the 2019 Range Rover Evoque. Identifying you either by your phone or your key, over time it learns your habits. So, it’ll know your preferred position for the steering wheel and driver’s seat, the temperature you like the cabin and whether you like to rock out to Radio 6 or ease back with a little bit of Radio 4.

Take a look at the Launch Video Below for more information: 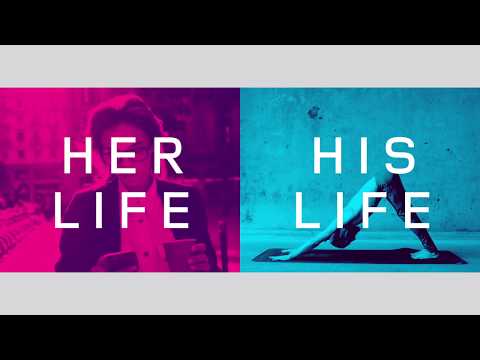