Times are changing within the automotive industry. With pressure coming from the government and the public to be more environmentally friendly, manufacturers are investing heavily in electric technology with the aim to replace all petrol and diesel car sales with electric by 2040. 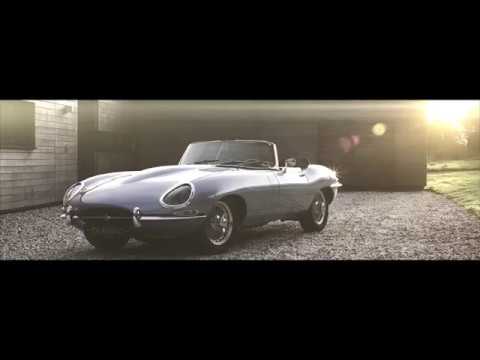 Getting ahead of the curve last year, Jaguar took the opportunity to show the world electric cars don’t need to be boring when they showcased the E-Type Zero concept; an all-electric converted 1968 Jaguar E-Type built by Jaguar Land Rover Classic in Warwickshire. The E-Type Zero is a fully restored Series 1.5 Roadster that has been sympathetically restored to original specification throughout, apart from the 21st century powertrain and modified instrumentation panel!

Where the original XK six-cylinder engine use to sit, a new 220kW battery unit designed specifically for this application now finds itself at home. Its lithium-ion battery pack has been built to be as close to the same dimensions and weight as the factory fit XK unit and the engineers responsible for the project have ensured it is placed in precisely the same location as not to drastically change the cars handling dynamics. Building the electric powertrain with similar weight and dimensions has meant that the car’s structure, including the brakes and suspension, has not changed so the car feels just like its petrol counterparts to drive.

Jaguar announced the exciting news that the concept is now set to enter production. They plan to build a limited run of the cars and will offer a conversion service to any E-Type owners looking to futureproof their beloved classics. The beauty of this conversion is that it’s fully reversible, so it’s possible to swap everything back over should the owner miss the sounds and smells of their old XK unit.

While the finer details of the production car are still not finalised, it is known that the vast majority of the technology will be carried over from the I-Pace, so it’s safe to guess that it’ll have a similar range of just less than 300 miles between charges and take around six hours to charge from flat. Cost has not been announced yet either, but a good condition, original E-Type will set you back more than £100,000 these days so to get an all-electric conversion with Jaguars own stamp of approval won’t be cheap!

If you want to experience all-electric car ownership for yourself, why not make an appointment with our Jaguar Manchester centres and find out all about the New I-Pace?